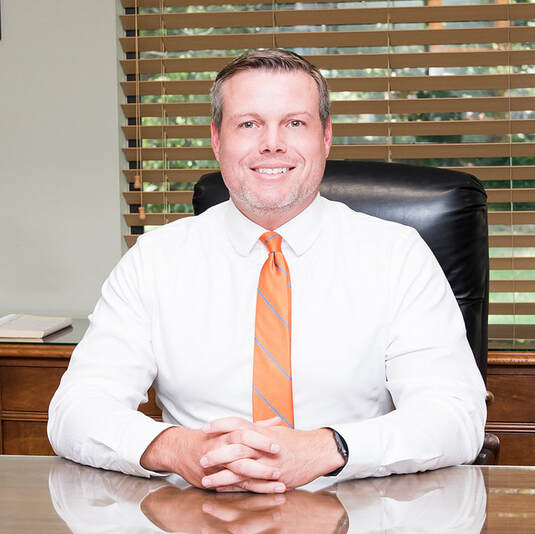 Richard A. Johnson is a graduate of Mustang High School and received a Bachelors of Science in Accounting from Oklahoma State University.  He received his Juris Doctorate Degree from the University of Tulsa School of Law in 2007.  He is a member of the Oklahoma Bar Association, American Bar Association, Kay County Bar Association and Payne County Bar Association. Mr. Johnson is licensed to practice law before all state courts of Oklahoma, the United States Tax Court and various tribal courts. Richard served as president of the Kay County Bar Association and as a member of the board of directors for Hospice of North Central Oklahoma and the Marland Children's Home. Richard is married with four children and currently resides in Stillwater. ​
​Bar Admissions
Regan L. Miles is a graduate of Ponca City Senior High School and received a Bachelor’s Degree in Criminal Justice from Northwestern Oklahoma State University in 2013. Regan received her Juris Doctorate degree from Oklahoma City University School of Law. Regan is currently licensed as a legal intern in the state of Oklahoma. Regan currently resides in Ponca City with her triplet boys.

CONTACT US
Schedule a consultation Call us today at ​ ​​(580) 765-6727 or (405) 937-2172
This web page is provided by Holmes, Yates and Johnson Law Firm for informational purposes only. It is not intended to provide legal or other advice and the transmission of this information does not create an attorney-client relationship between the firm and the reader.
​
Privacy Policy
Contact Us
Holmes & Yates Law PLLC © 2022
​Holmes Yates & Johnson
1215 E. Highland
Ponca City, OK 74601
© 2019 by Holmes Yates & Johnson, PLLC
​Holmes, Yates & Johnson Law Firm
​1909 Lake Road
​Ponca City, OK 74604
​EMAIL: contact@holmesandyates.com